On 8 February 2019 we conducted a third workshop with IV-th grade students of “St. Paisii Hilendarski” Secondary School, Plovdiv, teachers and parents. Among the participants there were students with disabilities: with learning difficulties; with Down Syndrome, hyperactive and students without disabilities.

At the beginning, Mrs. Grudeva introduced the objectives and the tasks of the project to the participants and said that they would show the guests how they realized them in their class, under the direction of Mrs. Bliznakova.

The topic was “The First Bulgarian Kingdom”. 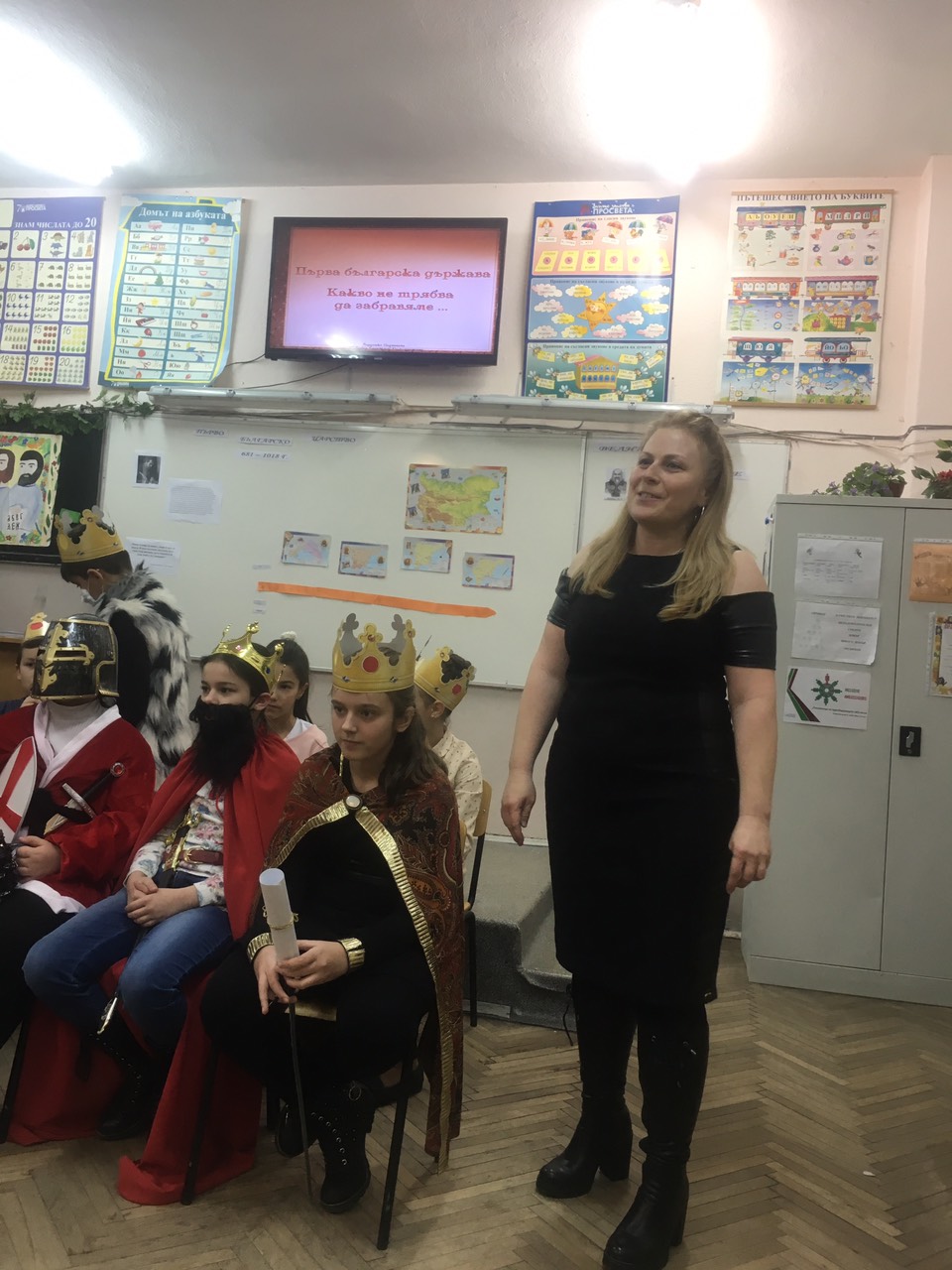 Preliminary preparations were made: the pupils made a Chronicle Book, which they placed in the Museum of the School; they worked out masks – teamwork through which they recreated Bulgarian khans and kings; found suitable costumes and visuals. Throughout the preparation, teamwork was observed. Everyone did what they could and joined the activity.

On the day of the event, everyone was dressed in costumes and ready for the guests. The participant with Down syndrome was in close proximity to the teacher, and the hyperactive students were at a long distance from each other. The students with learning difficulties were unable to learn their lines by heart, so they read them, and the student with Down’s syndrome told his lines by heart (of course they were shorter). So all the participants took part in the event, recreated their heroes and nobody could distinguish the students with the disabilities among the others. They were in a situation – “we are all peers”.

Parents and teachers enjoyed the performance within an hour.

The event was organized by Mrs. Grudeva and Mrs. Ikimova as a third workshop within the project aiming to raise pupils’ awareness of the benefits of teamwork, the good result of cooperation, mutual help and understanding between classmates and teachers, and the successful participation and inclusion of students with disabilities.